It is no secret that the gaming industry is one of the most profitable and technologically advanced industries promoted today.

With the speedy implementation of blockchain in different spheres of our life, its adoption by gaming industry is imminent and is no less significant than the synergy of online tech and gaming more than a decade ago. Plus, this so-called alliance has already produced riveting results. Here are some of them described below. 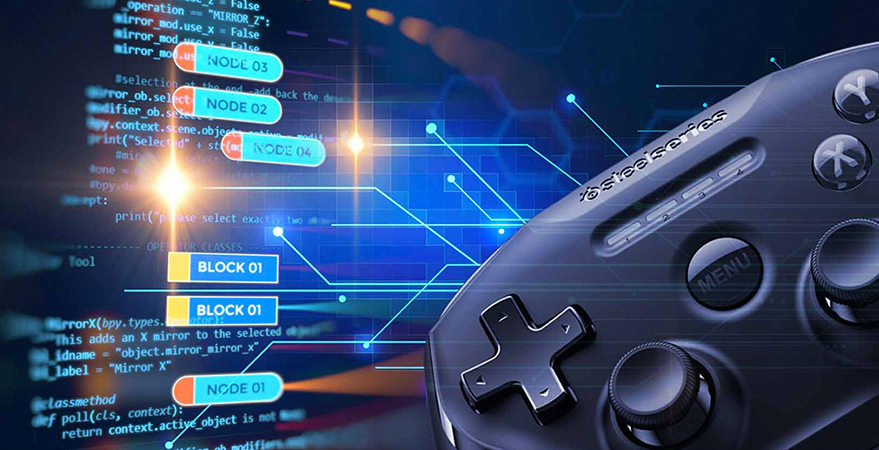 The end of a Monopoly Era

Nowadays, independent game publishers have a limited amount of resources to reach their final customers and get profit in comparison to the gaming giants. But with a decentralized blockchain store platform, small game developers and publishers can get direct financing for the development of future projects with sharp auditory features, and the gamers can take part in the creation of new interesting games.

Big companies having their own platforms literally dictate the rules for the whole market. For example, Facebook actively promotes new virtual experiences for users to be created exclusively for Oculus devices. With this approach, the company can suppress collaborations of game developers and users on other platforms.

The corporate monopoly puts big obstacles in the way of game developers, while decentralized blockchain platforms can become the best remedy for them. They allow developers and gamers to interact directly with each other. These interactions are regulated by smart contracts, not Facebook or Valve policies. The users can exchange gaming loot outside specific games, whereas the developers can make some extra chips.

Currently, only one gaming giant, Valve, allows selling loot at the Steam gaming platform. But this works with a limited number of games like Counter-Strike, Dota 2, and a few more. All income is held inside the platform without the possibility to cash out the money invested in the gaming items.

In contrast, the blockchain platform allows users to interact with each other outside of the game (e.g. to exchange artefacts from different gaming universes). Moreover, it can use the same blockchain-based cryptocurrency to reward in-game achievements, to purchase upgrades and game extensions or to buy other games from the online store. Most importantly, blockchain technology makes these actions easy, safe and free from intermediaries and speculators.

The development of a decentralized blockchain platform blurs the line between games commerce and a real eCommerce and creates freedom for both players and independent game developers. The same is true about eSports.

Integration of the blockchain smart-contracts into the popular eSports disciplines can literally make the bets on games far more transparent and effective as it also illuminates the mediators. A standard betting system implies the player’s money is placed in the account of the escrow agents. They are directly responsible for prize money distribution, and in most cases, this process is non-transparent.

Contrary to the classical system, in blockchain projects, the players make bets with the help of tokens, and the match results are saved in smart-contracts. Thus, the integration of blockchain into the sports betting system minimizes fraud actions and excludes unfair allocation of resources. 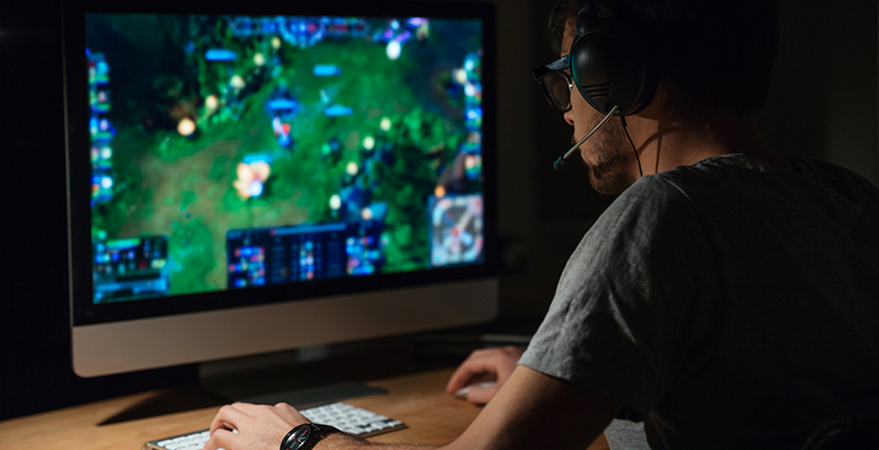 Bottom line, the blockchain in gaming industry it is not about cryptocurrency only. It is about far more complicated things as fair distribution of resources, upgraded fraud protection policies and growing trust inside gaming community.

Of course, the intensive interplay of gaming industry and blockchain technology will flourish in due course. But one thing is pretty obvious: the game industry is one of the most promising areas for successful infusion of the blockchain. And this movement will gain further momentum in the modern technological world.
And finally, we must admit – in several years we can witness a complete transformation of the gaming industry into better place to everyone.

There are so many talks about blockchain in eSports and online gaming that the reader can ask a fair question – how blockchain integration can affect VR/AR technology. We are pretty sure that XR worlds will also experience the intervention of blockchain technology.

Here is a simple example. Imagine wearing your AR glasses or enabling a specific app on your smartphone, walking across the park and seeing an ordinary passer-by with a magical trophy from your favorite game in his hands. Or just fancy another scenario – you are walking down the street and a cloaked stranger suddenly appears and gives something to you. If you take the thing, you will get a new in-game quest.

With blockchain technology, you can catch virtual gaming coins on your way home and they will be automatically transferred to your gaming wallet.
In other words, the integration of blockchain into AR applications will increase gamers’ engagement and allow them to experience a tangible reward for their actions.

Even though the adoption of blockchain is still in its infancy and depends much on the cryptocurrency future, the gains game developers and gamers will get from it are great.

Achieving payment transparency, making interactions between gamers and developers straightforward, getting more freedom with decentralized blockchain platforms, and reducing the fraud incidents are just a few advantages we have mentioned.

The fact is, the application of blockchain will help many game businesses stay profitable and grow with time, and for gamers, it is the safety and entertainment that seem to be most valuable.